Today’s vehicles have more safety features and sensors than you’re probably even aware of. Most of the time these features stay in the background, and you don’t even need to know that they’re there. What if you’re driving it’s a good day! The sun is up, and you are heading out to meet some friends. All of a sudden, something flashes on the dashboard. You see the DRL warning light. Then you start to wonder, what is the drl light on dash means? what made it turn on, and what can be done to fix it? Daytime running lights, or DRL, is implemented in many places around the world as an added safety measure for cars. These lights help to make cars more visible in low-light situations and show that the engine is running. Systems like the daytime running lights are designed to keep you from getting into an accident so it’s important to know the warning signs that indicate their failure.

What Does DRL Light On Dash Mean? If they’re working properly, they’ll light on when you turn the key in your ignition. When you turn on your headlights, you’ll notice that the light coming from your daytime running lights dims. When your headlights are turned off, they shine brighter. When you start the engine, the DRL light will come on for a few seconds or until you release the parking brake. This light should turn off afterward once the system verifies that everything is working as intended.

How Do Daytime Running Lights Work?

Have you been wondering what is the drl light on dash means? and how does it works? DRL is essentially your low beam headlights that turn on at night. When you turn them on, your car becomes more visible. A computer module and an ambient light sensor are used to activate most of them. When you turn the key in the ignition, they may switch on by themselves. Their power consumption is often lower than that of your headlights. They are sometimes installed as a strip of LED lights near or above your headlights. They might also be your low beams, fog lights, or other low-powered lights. If you’re driving through a work zone or a tunnel, several states mandate you to turn on your headlights. Some individuals claim that they may shorten the life of your normal headlights, but most people believe that the additional safety is worth the risk. When you start your engine, it will usually come on and then switch off after a few seconds. There may be a problem with your running lights if your DRL indicator stays on for a prolonged amount of time. If the DRL warning light comes on while you’re driving, the computer has likely recognized a problem. A faulty bulb or a problem with the DRL circuit fuses or relays might be the cause of this. It is important to remember that on some vehicles, the DRL light will remain on when the running lights are on.

What Are The Causes Of DRL Warning Light?

If you are driving and the DRL warning light turns on, the first thing that comes to your mind is what are its potential causes and how to fix them as soon as possible.

The most common reason behind the DRL warning light coming on the dashboard is a faulty bulb. When the DRL warning light turns on, the light doesn’t work. It’s a warning to you that there is something wrong. If a faulty bulb triggers the problem, only the left or right side of the DRL will work most of the time. The bulbs on both sides will rarely burn or wear out simultaneously. If the bulb is not the problem, another possibility is that the issue is with the socket. It could have burnt or melted, which is especially common if you have an old car. The best way to check is to disassemble it and see if it has brown marks or any other visual indicator of damage. The ambient light sensor is a tiny but crucial component in your car’s dash. It is connected to automatic lighting functions. It determines if the DRL should be on. It also automatically turns on the headlight when necessary. The ambient lights sensor might be old, and hence, it is not properly detecting the functionality of the DRL. For instance, even if the DRL is on, the sensor might be unable to detect such, and hence, it can send a wrong signal to the system, which will trigger the warning light. The DRL fuse is located in the engine compartment behind the battery and is responsible for the functionality of the DRL. If the fuse has any problem, such as when it is blown, the DRL will not illuminate. In turn, this can activate the DRL warning light in your dashboard. Many vehicle owners often ignore electrical connectors. One of the things that can happen when they loosen is that the light won’t function as it should, including the DRL. Especially if you often drive on bumpy terrains, the connectors can loosen over time. Is It Safe To Drive With The DRL Light On?

Even if the light is warning you of a fault, the car is still pretty safe to drive. As long as your car’s normal headlights are working, you have nothing to worry about. You should still have the warning light investigated by a professional as there could be a worse problem developing.

How To Fix The DRL Warning Light?

Below are some of the solutions that can work if you are clueless about how to fix a DRL light.

Step 1:- You Need To Change The Bulb

As earlier mentioned, a flashing DRL warning light can be because of a faulty bulb. Such is most common in old cars with lights that are long due for a replacement. If that’s the case, then the easiest solution is to change the bulb, which will prevent the triggering of the warning light. Here is a quick step-by-step guide on replacing the DRL bulb: Step 2:- You Need To Change The Socket The issue would be with the socket. It could be that it has burnt or melted, which prevents it from turning on during daytime and when the vehicle is in motion. You might need to remove the old socket and install a new one to prevent the DRL warning light from activating.

Step 3:- You Need To Clean Or Change The Ambient Light Sensor

If the problem is with the ambient light sensor, you should clean it. Over time, the exposure to dust and dirt will make the sensor incapable of detecting the external environment. Remove it from its current position and use a clean cloth to wipe the sensor. If this does not work, you might need to have a replacement. Step 4:- You Need To Change The Fuse

When the fuse is blown, the DRL won’t turn on. In turn, the warning light will activate. If you are sure that the problem is with the fuse, then the quickest fix is to change such. Here are the steps to change the fuse:

Step 5:- You Need To Tighten The Electrical Connectors Till now we’ve discussed what does drl light on dash means? Now, let’s see what are the symptoms of the DRL? what does the DRL warning light look like? etc. 1. What Are The Symptoms Of A Failing DRL?

The most obvious symptom of a failing DRL is that the light won’t turn on, even when the vehicle is in motion. It can also stay on even when the engine is off. It is also possible that it will flicker. Plus, you might notice a burnt smell, especially if the reason is a burnt socket or burnt fuse. In all of these instances, the DRL warning light can turn on.

3. What Does It Mean If The DRL Indicator Light Is On?

It is normal for the DRL indicator light to turn on after starting the vehicle. Nonetheless, it will turn off after a few seconds. If it remains on throughout your drive, then it means that there is a problem. It indicates that the DRL is not working. This can be because of a faulty component, including the bulb, socket, ambient light sensor, fuse, and electric connector. 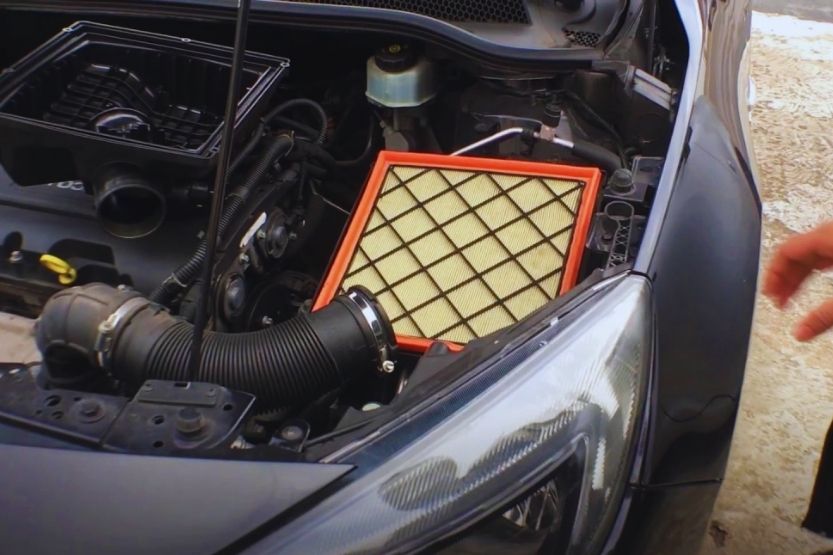 The DRL or Daytime Running Lights is an important safety feature of modern vehicles. It turns on after firing the ignition while the vehicle is in motion. It is in the same assembly as the headlight. We hope the above-mentioned information about the drl light on dash will be helpful to all the readers. If anybody’s doubts persist feel free to comment in the comment section below. We’ll try to solve your doubts as soon as possible.