As a driver or car owner, you may wonder why my engine temperature goes up and down while driving. Like living creatures, the car also has optimum working temperature, and variations in this temperature signify the abnormal functioning of the car’s engine. This article will discuss the causes of frequent ups and downs in temperature gauge, the functions of meter, fixation, and specific other points that help you deal with the unstable situations in car-related to its cooling system.

What Is Temperature Gauge In Cars? Most experts agree that the average temperature of the gauge may range between 195 degrees to 220 degrees. In idle situations, the needle present in the indicator must maintain a posture right in the middle of the temperature gauge.

Whenever the temperature gauge reads higher than the average value, then there could be either engine overheating, coolant leak, or any other issue related to the vehicle’s cooling system.

Why Does My Engine Temperature Goes Up And Down?

There may include a variety of reasons responsible for car temperature gauge going up and down. The essential criterion behind the malfunctioning is the fault in mainly the cooling system of a car.

So let’s discuss few general causes that result in such situations: Generally, all the components of the vehicle are prone to a certain level of wear and tear. They may face these conditions due to severe temperature changes, periodic maintenance, or accidents. However, the thermostat rarely faces these issues but then also liable to get nasty over time.

Whenever the situation with the thermostat goes uneven, the thermostat either remains permanently open, close, or stuck midway. So, whatsoever is the cause, the result is the overheating of the engine while you drive. Whenever you face fluctuation in the temperature gauge, these signs signify specific potential related issues with the vehicle. They can either determine the clog in the radiator or the air in the coolant plumbing system. The leaking coolant in the car results from a faulty thermostat, damage to plumbing or a malfunctioning radiator.

If the water pump present in your car faces any malfunctioning or issues thus, the vehicle fails to receive a steady supply of water and coolant mixture. Hence, the fluctuation in temperature was observed.

The radiator consists of a radiator fan responsible for providing a cooling effect to the radiator and thus maintaining a steady temperature in your car. Hence, whenever the failed fan resistor or relay occurs, then the fluctuation in temperature is observed.

Both the relay and resistor perform their task, which provided the smooth working of the radiator. The relay controls the power supply of the cooling fan, whereas the resistor controls the movement the fan turns on or off.

The faults in the resistor and relay would result in drops and spikes in temperature. However, both the problems were easily solved by a short visit to the mechanic. And this would take less than an hour to complete the job. It is a minor dangerous problem or issue in your car as this won’t affect your car’s health or any severe injury to you. Also, it is one of the most straightforward issues to fix. In this case, the temperature gauge is either broken or facing some faults. Thus, which, it shows temperature fluctuations in your car. However, the actual temperature in your vehicle is steady.

Most people diagnose such issues by themselves via the ODBII reader. Here you need to connect your smartphone through the ODBII adapter, and through the designated apps, you can quickly check your temperature gauge.

If you have a faulty gauge, then it is way better than any other severe damage to the car. Hence, you either repair or replace your temperature gauge depending upon the extent of damage or issue.

How Do I Know If My Temperature Gauge Is Bad?

The symptoms related to such issues are very predominant and can quickly determine the malfunctioning in the car. The failing or bad thermostat temperature gauge generally shows high reading than the average value, and the overheating of the engine is also observed.

The primary and most crucial symptoms include the rise in temperature gauge reading into the red within fifteen minutes of your vehicle engine running. Other signs include the erratic change in temperature and coolant leaks around the thermostat housing under the vehicle.

What To Do If My Temperature Gauge Is High?

In such uneven conditions, you can try multiple ways to control the overheating of the engine. Immediately switch off the air conditioner to reduce the stress on the machine, find a safe place to pull over and switch off your car.

Check out for coolant nearby to help your engine prevent overheating if the coolant level is low. At last, restart the machine carefully and drive the car to the nearest auto repair shop to avoid severe casualties.

How Much does It Cost To Fix The Temperature Gauge?

As we know, fixation generally depends upon the causes, and every reason has its particular fixation technique. The average cost for fixing the temperature gauge may range between $150 to $200, whereas the radiator replacement in-car varies from $300 to $1000.

All these ranges exclude labour charges, which approximate lies between $80 to $110. However, it may vary according to the place and depend on the vehicle’s make and model. 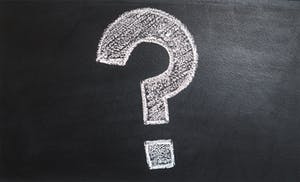 What Does It Mean When Your Temperature Gauge Goes Up and Down?

When your engine is overheated, An overheated engine can be caused by many factors which include leakage in the coolant level, a defective thermostat, a bad water pump, and failed radiator fan.

Why Does My Car Temperature Gauge Go Up  Soon?

Is It Normal For Temperature Gauge To Go Up?

If the engine is being cooled properly,  where the vehicle may run hotter than usual. This is often due to stopping astop-and-gong in hotter temperatures,  during the summer.

Why Does My Temperature Gauge Go Up While Driving?

If the temperature gauge is stuck on high, or low,  the issue is most likely with your thermostat. The job of the thermostat is to regulate or maintain the best temperature for engine operation.

How Quickly Should An Engine Heat Up?

It takes five to 15 minutes for your engine to warm up while driving, and for the first part of your drive. Performance cars often enforce this for you with a graduated rev lim.

We hope the information mentioned earlier helps you deal with your problem and you found the answer to why my engine temperature goes up and down frequently.

If your doubts or queries regarding the topic persist, comment below in the comment section. And soon we’ll try to answer all your questions.