If you’re thinking about removing heater core without removing dash of your car then it is easy. There are many side effects of a leaking heater core, which can damage your vehicle in the long run. The car’s superb coolant travels via the core’s coiled tube, a heat exchanger that lies between the coolant and the cabin air. As a result, the heater core is a part of a vehicle’s cooling system. The heater core must be in excellent functioning in order to keep the engine from overheating. It is thus vital to be aware and learn to identify when the heater core is not operating.

What Is A Heater Core? 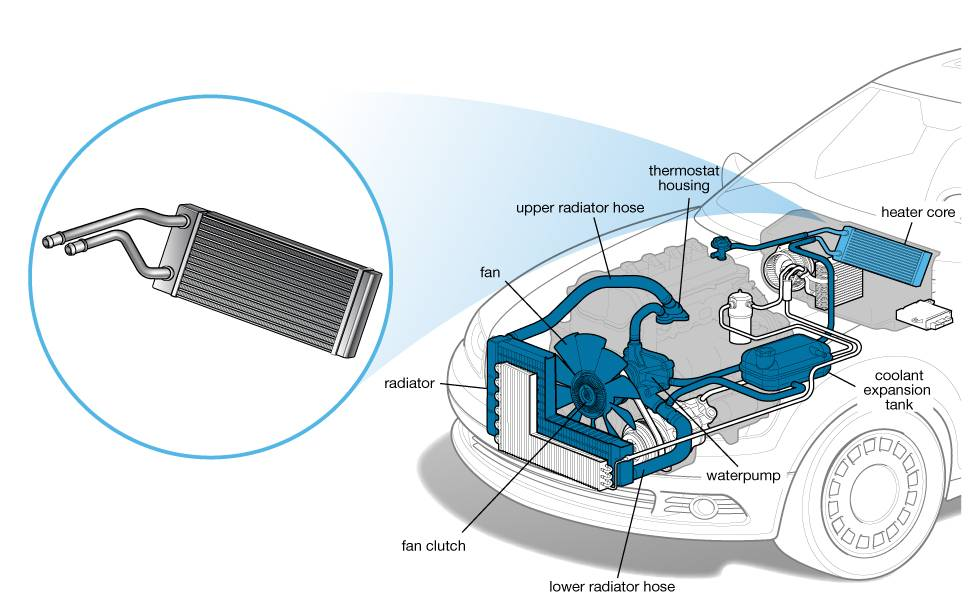 A failed heater core is a common source of liquid in the vehicle’s front footwells, with steam coming from the air vents or excessive fogging of inside windows. A sweet coolant odor is another sign of failure.

How Does A Heater Core Work?

Before discussing removing heater core without removing dash of your car. Firstly, let’s see how a heater core work. The working of a heater core is less complex and can be easily understood. It works on an internal combustion engine where a water and antifreeze mixture is used in cooling the engine parts. Thus, during the cooling process, the hot coolant goes the extra mile to produce warmness in the vehicle’s interior.

As soon as the engine is warmed up, the temperature of the coolant is controlled by the thermostat. Some of the hot coolants are diverted through the heater core, and the temperature of the air entering the car’s interior is controlled by the valve, limiting the amount of coolant that goes through the heater core. The flow of the warm air can also be controlled or blocked with a door, which directs all the incoming air around the heater core. This causes the system not to get heated or re-heated when the air conditioning compressor is working.

What Are The Signs Of A Leaking Heater Core?

You may notice a sweet smell from your vents. This is the smell of your radiator fluid and is definitely a sign that coolant is leaking into your car. You might also smell this lovely smell around the outside of your car, which means underneath your vehicle. Look out for how much of that coolant has spilled out onto the ground. A very common tipoff to a heater core problem is the inside of your car suddenly fogging up for no reason. It’s important to note that we’re not looking for a little bit of mist on the edge of the windshield, but for every window becoming covered with moist, warm condensation. This fog is caused by warm coolant leaking into the cabin of the vehicle and evaporating into steam as it hits the cooler air inside your car. 3. Your Car Is Blowing Cold Air Into The Cabin:-

When a hole or puncture develops in the heater core, all that warm air may escape too quickly to reach you at the other end of the heater ducts. Depending on the size of the puncture, you might feel mildly warm, lukewarm, or absolutely freezing air coming from your heater. 4. Your Car Is Devouring Coolant-

If you find your vehicle has suddenly been needing a higher than usual amount of coolant and you cannot figure out why it could be a blown heater core. If the leak is hard to find, the coolant may leak into your cabin when the system is cold, and instead of making fog, is creating a puddle. All sorts of major components of your car wear out at record speed when they get too hot. If your heater stops putting out heat but your engine seems warm. Investigate whether there is a coolant leak elsewhere or some other issue with your car. What Are The Steps Of Removing Heater Core Without Removing Dash Of Car?

Here are some easy steps through which you can easily remove the heater core without removing the dashboard of your car:

Step 1:- Learn About The Automobiles

The first step is to learn about the many kinds of automobiles available since not all of them are the same. It’s critical to double-check that the car you have will enable you to reach the core without having to remove the dashboard. You need to locate the fasteners to open the dash shell to detach from the firewall. Remove the dash pad and rivets in the dice vents, followed by the lower half of the swab. The second thing was to reach below the panels for the screws and components.

Step 3:- Remove All Of The Bolts

You can use a proxy to lower the column and locate the dash bolt above it after removing the screws. Unbolt all of the nuts from the dash beneath the windshield.

At this point, you can see the heater box, which you have to unfasten using the bolts on the interior of the vehicle and under the hood. After that, unbolt the heater box to reveal the heater core it takes some effort. Therefore, if you’re unable to follow the steps of removing heater core without removing dash of your car then, it is recommended to call an expert.

What Is The Replacing Cost Of A Heater Core?

The cost of replacing the heater core is usually between $558 and $960, which includes the cost of parts and labor. The heater core is located in a difficult-to-reach area. Therefore labor expenses may be rather significant, even though the components are inexpensive (around $75 – 250).

How To Disconnect The Heater Core?

We hope the above mentioned information about removing heater core without removing dash of your car will be helpful to all the readers. If anybody’s doubts persist feel free to comment in the comment section below. We’ll try to solve your doubts as soon as possible.