Have you ever wondered why does my gas needle go up and down? A fuel gauge display that fluctuates between empty and full may be due to a mechanical failure. The fuel-sending unit float arm may ‘stick’ at certain levels, and fall back into place either naturally or with help from vehicle movement. A gas gauge is vital for proper car operation. It indicates the level of gas in your car’s tank and alerts for a refill. Running low on gas before refilling your tank can negatively affect your car. It can cause the fuel pump to pick deposits, which clogs the fuel filter, injector, and fuel pump in the fuel sending unit. 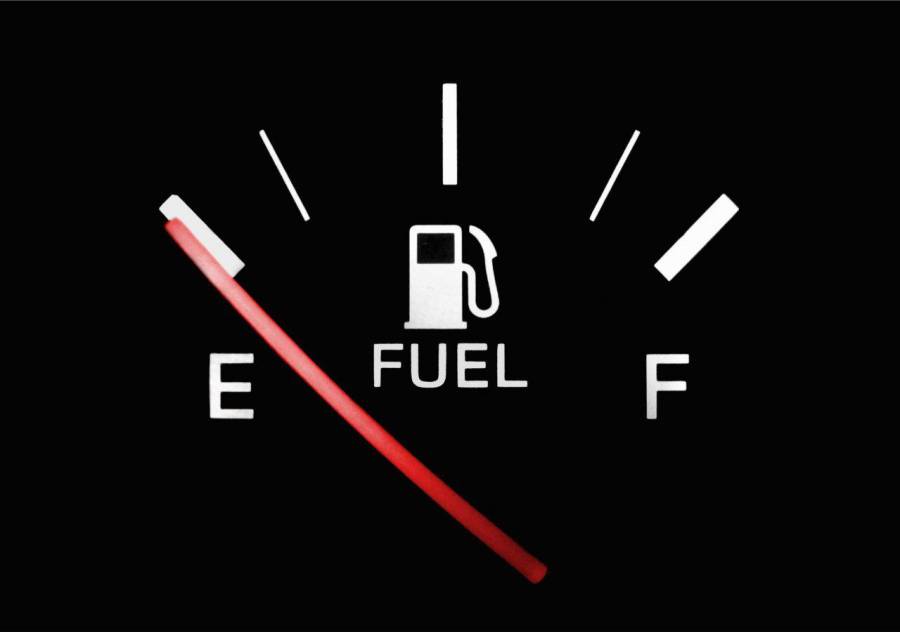 How Does A Gas Gauge Work?

If you’re wondering why does my gas needle go up and down? firstly, let’s see how does a gas gauge works? The meter in the gas gauge depends on the circuit and the sender to deliver information. If one or more of these components fails, the meter could read incorrectly. The gas gauge sending unit is a part of the gas pump module. Most systems are designed based on a delivery unit that has a float that allows the fuel level to be read. The circuit has the function of connecting the battery with the meter and the sending unit. However, there is a connection to the ground. They are usually grounded in the car’s electrical system, whereas the older models rely on the body structure. Inside the instrument cluster, you can see the gas gauge, indicating how much fuel is in the tank. The gas gauge may vary in behavior due to external circumstances, such as driving on a slope or cornering. It was widespread in older cars, although now they have walls in the tank to reduce the movement of gasoline and avoid erroneous readings.

Is There A Fuse For The Gas Gauge?

Yes, there is a fuse for the gas gauge. Every component of your vehicle that uses electricity will have some form of connection with the fuse boxes in your car. That’s right, a car will typically have more than one fuse box! Traditionally one will be located under the steering column on the inside of your car on the drivers side. There is also a fuse box located under the hood for most vehicles.

Why Does My Gas Needle Go Up And Down?

A faulty gas gauge in the car may cause many other problems. It will make it impossible to tell exactly how low you are on fuel. To prevent a sudden shortage, you would have to keep track of the miles you have traveled since your last fill. So, it is essential to make sure of, at all times, a perfectly working gas gauge. Your gas gauge is going up and down? Below are some of the causes and possible solutions:

Most times, when a gas gauge needle goes up and down, the sender is the problem. The gas gauge sender transmits information to the gauge about the amount of gas in your tank, but it is not immune to failure. When your car has a faulty gas gauge sender, the data may not be transmitted accurately.

The main symptoms of a faulty fuel gauge include erratic behavior in the empty or overfull reading. The fuel delivery unit may be where the whole process starts. When the vehicle is not running, the sending unit is in charge of continuously monitoring the level of gasoline inside the tank. Due to its permanent use, this part may suffer premature wear.

While loose connections and corrosion can cause breakdowns, these problems commonly occur in connections to fuel pump modules due to constant exposure to the elements. side from electrical connections, the fuel gauge uses a fuse. It can be found in the box under the steering column or on the driver’s front side of the car.

It is best to investigate the car manual where the fuse map indicates and thus find out the one corresponding to the gasoline meter. Nowadays, most modern cars do not have a separate fuse when the fuel gauge is integrated, and it is best to check.

Indeed, this fault is unlikely; however, it is not ruled out that it could be the reason. There is an internal circuit in the fuel gauge that may be faulty. If you’re wondering why does my gas needle go up and down. The meter between midpoint, full or empty, could be a circuit throwing error. On the other hand, if the needle is stuck or empty, the circuit has a short. Can You Drive With A Bad Fuel Level Sensor?

Yes you can absolutely drive your car with a bad gas gauge though it can be a bit like playing with chance if you are not diligent filling up your car regularly. Generally fixing your fuel level sensor is fast and inexpensive to repair, but if you’re in a tight spot and can’t repair this item really the worst that is going to happen is that you run out of gas. Which can of course lead to more problems.

How Much Does It Cost To Fix A Fluctuating Gas Gauge?

If you want to go to a repair shop, expect to spend about $200 to $300 on labor if you buy the new gauge on your own. A dealership will charge even more, with some sources stating that you have to pay between $300 and $1,000 depending on the make and model of your vehicle.

How To Fix This Issue Of Faulty Gauge?

Step 1:- Check The Car Resistance With The Multimeter

A quarter of the time, this process fixes this issue while there is a possibility it won’t. In this case, corrosion around the float of the sending unit is inhibiting its functionality. A good scrubbing with the system cleaner will get the sending unit back to work. If this doesn’t work for you, carefully remove the sending unit and replace it or get your car to a mechanic for repairs.

On sighting the fuse, check it carefully. If it’s blown, replace it, your gauge should be fine. If the gauge’s needle is still going up and down after the replacement, it’s possibly a different issue.

Check on how to remove the car’s instrument cluster from the dashboard. When done, test the gauge with the multimeter; the voltage after the test should 12V. If the voltage value is lesser, your gauge possibly has a fault. All you need to do is replace the gauge. Fluctuation in a gas gauge should not be overlooked or ignored. It could be harmful, causing minor to fatal problems while driving. It is advisable to fix the fault as soon as you notice it to avoid any undesirable issues. You can do this yourself with help from friends or family if you are comfortable with it.

We hope the above-mentioned information about why does my gas needle go up and down? will be helpful to all the readers. If anybody’s doubts persist feel free to comment in the comment section below. We’ll try to solve your doubts as soon as possible.