The technologies are developed every day to make this world a better place. Yes, it also applies to automobile industries. The engineers are doing a better job of upgrading vehicles. One such revolutionary invention is the catalytic converter because it controls the harmful gas exhaust from the cars. Usually, car exhausts have carbon monoxide and other toxic gases. These poisonous gases when enters the atmosphere it affects the living condition. The amount is significantly less when we compare individual cars, but the net amount all over the world is drastic. Now, a vehicle must have a catalytic converter to pass the test. If your vehicle has a bad catalytic converter, then it fails the test. Please read this article to learn how to fix your catalytic converter. How Does A Catalytic Converter Works?

The primary role of a catalytic converter in a car is to lower the toxic content in the exhaust gas. The common poisonous exhaust gases are carbon monoxide and nitrous oxide, which combines with water vapor and carbon dioxide. A redox reaction takes place in the converter.

A comb-shaped arrangement of platinum group members acts as the catalyst to which the toxic gases are arrested and made harmless and then released. The rate of harmful exhaust gases is significantly less in a car with a catalytic converter than others.

If your vehicle still emits dangerous gas, then there is a fault in the system. A vehicle with a bad catalytic converter is equal to the car without the system, and there is no use to it. Is Driving With A Bad Catalytic Converter Safe?

Driving with a faulty converter might be safe for you, but not for the environment. A car will start to show symptoms if there is any fault in the system. Sometimes it is hard to notice such symptoms, but over time the problem propagates and leads to system failure.

Driving with the malfunctioning components increases the risk of damages; in this case, it affects the entire exhaust system. So, it is recommended not to drive with a bad catalytic converter.

The person can notice some symptoms like an overheated engine, reduced acceleration, more smoke in the exhaust, and also the engine shudders and stalls sometimes. The exhaust could even smell very bad, and it is dangerous because it is still toxic.

These are some common symptoms that the person can notice in the car. Do not expose your face or body directly to the exhaust pipe because the gases are harmful, and it might cause side effects.

What Causes A Catalytic Converter To Misbehave?

The engine exhaust gas recirculation system allows the exhaust into the system for combustion again so that the fuel is burned completely. If the system fails, it will fail to recirculate the exhaust and allows it directly into the catalytic converter. It might reduce the life of the converter and affects its function over time. These gases will be released as it is, and it is dangerous for the atmosphere. Replacing the exhaust gas recirculation system is the only possible solution, but it should be done soon before it happens to replace the converter too. The catalytic converter will only convert specific gases, and it should be in respective forms for better results. When non-responsive gases enter the converter, it takes more time to convert it. Sometimes it allows residues over the structure.

The contamination in the system will affect its function and causes malfunctioning. Cleaning the system can solve the issue, but it is not sufficient. Inspect the cause of the problem and replace it entirely.

The catalytic converter is located near the bottom back of the car. It is directly exposed to the rough grounds. It could get hit by irregular particles which could sometime break the system. A broken catalytic converter has no use in converting the gases. The only possible solution is to change the converter. Drive accordingly to the road conditions and choose the correct mode of driving if your vehicle has such options.

Check for leaks in the system, because the exhaust is directly connected to the converter. Any leaks from the head gasket or other internal parts could clog the converter. It affects the functionality of the system and causes troubles. If you notice any leaks in the engine, then better check the converter too, and clean it before it gets worse. 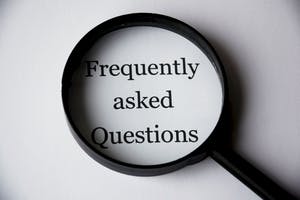 How To Fix A Bad Catalytic Converter?

If there is only contamination and clogging, then cleaning the system will resolve the issue. But if it is damaged by any other means, then replacing the converter is the only possible solution. The actual cost of a catalytic converter varies between $1000 to $1500 and goes to the extent of $2500, which is suggested for high-end vehicles. Also, the labor charge would cost around $70 for an hour.

If your converter is running correctly for more than ten years, then please replace it because it is not effective.

What Happens When Your Catalytic Converter Goes Bad?

This excess fuel ignites in the exhaust, which causes the car to have difficulty starting. The catalytic converter can also be so clogged that the engine cant gets the emissions out of the engine, but the engine will most often start for 2-3 seconds in this case

What Are The Most Common Catalytic Converter Problem Indicators?

What Happens If You Drive Without A Catalytic Converter?

Without the catalytic converter, your car would be emitting noxious pollutants into the environment. It’s a small muffler-like component that is part of your vehicle’s exhaust system. It works by creating a chemical reaction that converts the gases coming through your vehicle’s exhaust into emissions that are less harmful.

Every fault in the vehicle should be resolved quickly before it gets worse. A faulty catalytic converter is one such issue. So if you notice any symptoms, then please inspect your vehicle and fix the problems. Also, have a regular service and maintenance schedule to monitor the performance of your car. Please do not engage in any repairs if you do not have respective tools and skills. Hire a mechanic to solve the catalytic converter problems.

To know more about similar contents, then do follow us. If you have any queries unanswered, please let us know in the comment section below. Also, please share your suggestions and advice with us in the comment box.